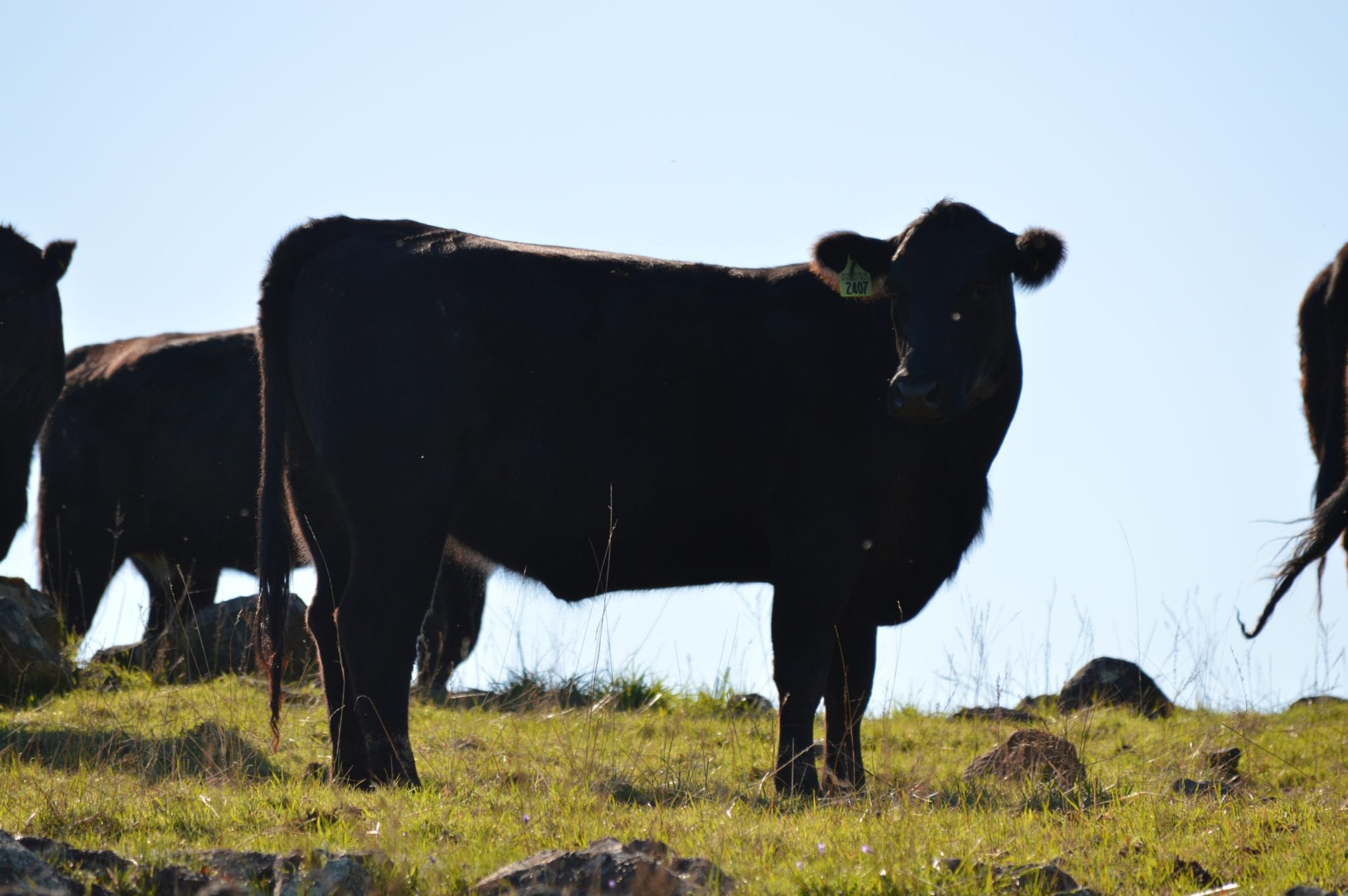 Some Practical Thoughts on Cow Farts

By SethSeptember 16, 2019Earth Day, Food for thought, Ranch
One Comment

It has been a topic lately that eating meat is bad for the environment.  Specifically targeting beef because of the methane being produced by “Cow Farts”.  I think it may be important here to have a better understanding of how cows (and herbivores in general) work and the role they play in the environment. That this is mostly part of a natural process that has been going on forever, and that the problems of atmospheric carbon and “greenhouse gas” are mostly problems produced from fossil fuels.

First it is not really “Cow Farts” that are producing the methane.  It comes from bacteria in the guts of grazing animals.  Animals do not have the ability to break down cellulose (the major sugar component of plants and the most abundant substance on land).  Cellulose can only be broken down by bacteria.  That is true in livestock and in humans.  The methane produced in this process is what the media has labeled as “Cow Farts” (I think they just like saying that; it is satisfying in a 3rd grade kind of way).  Cellulose being broken down by bacteria happens in the gut of animals; it also occurs in the outside environment on a forest floor, in a wetland, or any other place there is moisture, warmth and darkness.  It just so happens that the inside of an animal is one of the best places for this process to happen, the reason being is the speed at which it occurs.  When this process happens in an animal it is called digestion.  When it happens in a wetland it is called rot.  Either way, it is basically the same process.

One thing that is important to know is that the animals used in the agriculture systems were not invented by humans, but domesticated by humans.  Animals have been producing methane as long as herbivores have been eating plants.  It is possible to conceive that your average Brontosaurus produced a LOT of methane.  As did 30 Million Bison in North America in the 1850’s and so do 94 million cattle in the US.  The point is grazing and browsing animals produce methane whether they are domestic or wild.  They provide the very vital function in our natural environment of breaking down cellulose into manures that feed the soil which in turn produce more plants.

Let’s try a thought experiment. Here are two different scenarios: in the first scenario there are vast grasslands and forests filled with lots of animals, (cows, deer, buffalo, elk, woolly mammoths, etc.) and there are no cities, cars, planes, trucks, or fossil fuels.

In the second scenario, everything is the same as our current civilization.  We have the same farming practices and acreages, all the same cities and population but We don’t eat meat.  We still burn fossil fuel in cars, trucks, power plants, etc.

Which one of these scenarios feels like a more environmentally sound one?

The problem may not be the cows.  The problem might be the systems they are currently produced in. The simple solution? Buy meats that are raised in a fashion more closely following nature.

So why are we having this conversation at all? If we all agree that the problem is fossil fuels, where do cattle factor in? Could it be just a diversion to take the pressure off the industry that is actually the root of the issue? Maybe. You decide for yourself.

Be part of the solution and buy Mariposa Ranch Grass Fed Beef, since you’re already here.